Two bad things happened to Sally Cartwright that week. Three if she counted the pink slip received at the Home and Family magazine’s annual Christmas party. But nothing was worse than plowing into a snowbank and being stuck in a town she swore never to see again. A town she once called home. Now she must spend the long cold night in the car or follow the bright shining star through the woods to the old Star Inn. She chooses the inn and that’s where her troubles really begin…

Lumber mill owner, Rick Rennick is in no mood for Christmas cheer. Having recently buried his father, he’s still trying to sort out the financial mess left behind. Unless Rick comes up with a miracle, the mill run by the family for generations is about to shut down for good. That would put a lot of men out of work and impact the future of the town.

If things aren’t bad enough he’s now stuck at the old Star Inn waiting for the road back to his cabin to reopen. His luck takes another turn for the worse when he suddenly comes face to face with the past he’d sooner forget. For unless he’s seeing things the only woman he’s ever loved is standing in front of the inn’s blazing fire trying to get warm. How is it possible that one chance meeting could stir up so many old memories?

Both Rick and Sally regret what happened between them, but his family lumberyard clashes with her tree-hugging ways and neither are willing to try again. It will take the storm of the century, one stage-struck young boy, a certain meddling “angel”—and even a cranky cat—to convince them that in matters of the heart, sometimes the second time around is best. 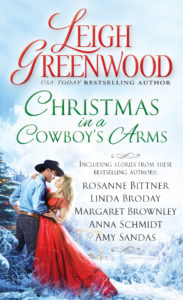